Recently, AUSPELD contributed a submission to the Senate Inquiry into current levels of access and attainment for students with disability in the school system, and the impact on students and families associated with inadequate levels of support. A full version of AUSPELD’s submission can be downloaded below.

Public hearings will be taking place in various cities around Australia. For more details regarding the public hearings please visit the Department of Senate Website

AUSPELD extends congratulations and accolades to Jackie French for her well-deserved award of Senior Australian of the Year on Australia Day. Jackie has been a long term supporter of many of the State and Territory SPELDs and has already done so much to encourage and support Australian children and adults with learning difficulties. She is an inspiration to so many, and, as a person who has experienced first-hand the challenges of attending school with dyslexia, is able to speak from the heart about the importance of providing effective support and encouragement to all students. 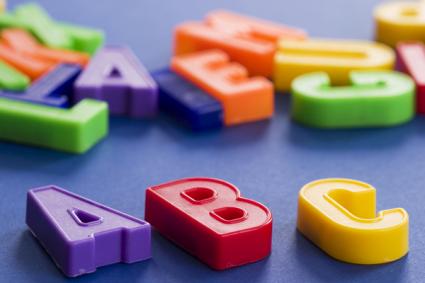 Earlier this year the Federal Government established a review of the process and development of the Australian National Curriculum.

Professor Ken Wiltshire AO, the J.D.Story Professor of Public Administration and Leader of the Not for Profit Unit at The University of Queensland Business School, along with Dr Kevin Donnelly, Executive Director of the Education Standards Institute and Senior Research Fellow at the Australian Catholic University, were appointed to carry out The Review.

The Review of the Australian Curriculum Final Report was released in October 2014 and three weeks later the Initial Response from the Australian Federal Government was also released.

The Australian Curriculum: English should be revised to place greater emphasis on a more structured and systematic phonics and phonemic awareness approach during the early years of reading.

The full Review of the Australian National Curriculum, the Federal Government’s Response to The Review as well as all submissions considered in writing The Review can be downloaded through StudentFirst website. See; http://www.studentsfirst.gov.au/review-australian-curriculum

In August 2013 the national campaign, Defy Dyslexia, was launched to combine the lobbying efforts of all dyslexia advocates. The campaign was launched by Brisbane Dyslexics to specifically target federal and state Education Ministers and other elected representatives. The Defy Dyslexia website provides an easy way for anyone to send their state representatives an email, reminding them that changes need to be made to the way dyslexia is recognised in the education system. Anyone who would like to find out more an send their state representative and email can do so through defydyslexia.com

After months of hard work by people across the nation collecting signatures for the SPELD (SA) Dyslexia Petition (Posted August, 2012) Christopher Pyne, Shadow Minister for Education, tabled the Dyslexia Petition with a total of 9,288 signatures to the Parliament on Wednesday (5th June, 2013).

Earlier this year, the Minister for School Education, Early Childhood and Youth, Peter Garrett, invited submissions for the Review of the Disability Standards for Education (the Standards). The most recent version of the Standards came into effect in August 2005 and, as with previous versions, was designed to clarify the rights of students with disabilities to access and participate in education and training on the same basis as students without disabilities. It was also intended that the Standards would give education providers clear guidance on how to meet their obligations under the Disability Discrimination Act (1992).

A major focus of the review was to ascertain to what extent the Standards were understood by education providers and to establish whether students, and their families, were aware of their rights. The Standards are intended to give students with disability, including learning disabilities, the same access to educational programs, as other students. All students, including those with a developmental learning disability, should enjoy the benefits of education and training in a supportive environment which values and encourages participation by all students. Education providers have a positive obligation to make changes to reasonably accommodate the needs of a student with disability. Mandy Nayton, current President of AUSPELD (the Australian Federation of SPELD Associations), provided the following submission for the review process.