All students struggling with literacy should be supported appropriately with both evidence-based intervention as well as effective accommodations. Accommodations ensure that students have access to the curriculum and can participate in the classroom. Carol Allen has exceptional knowledge in the area of ICT and its effective use to support students experiencing literacy difficulties. She will be sharing this knowledge in a series of interactive and valuable workshops across Australia in August. 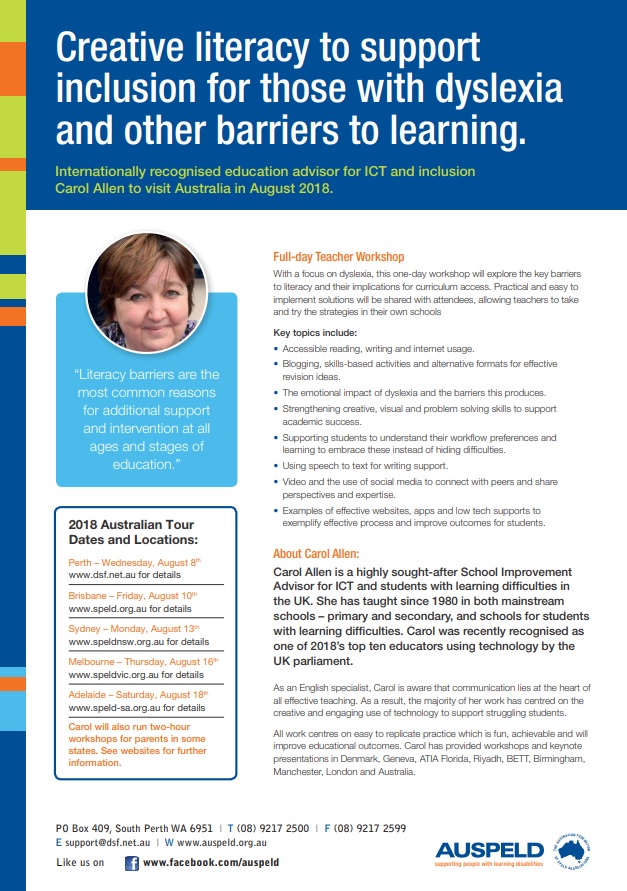 The team at DSF are absolutely delighted to announce the six keynote speakers for the 2019 Language, Literacy and Learning Conference. All six speakers are exceptional – and the conference is shaping up to be an event not to be missed! Be sure to register your interest in the conference on the website. 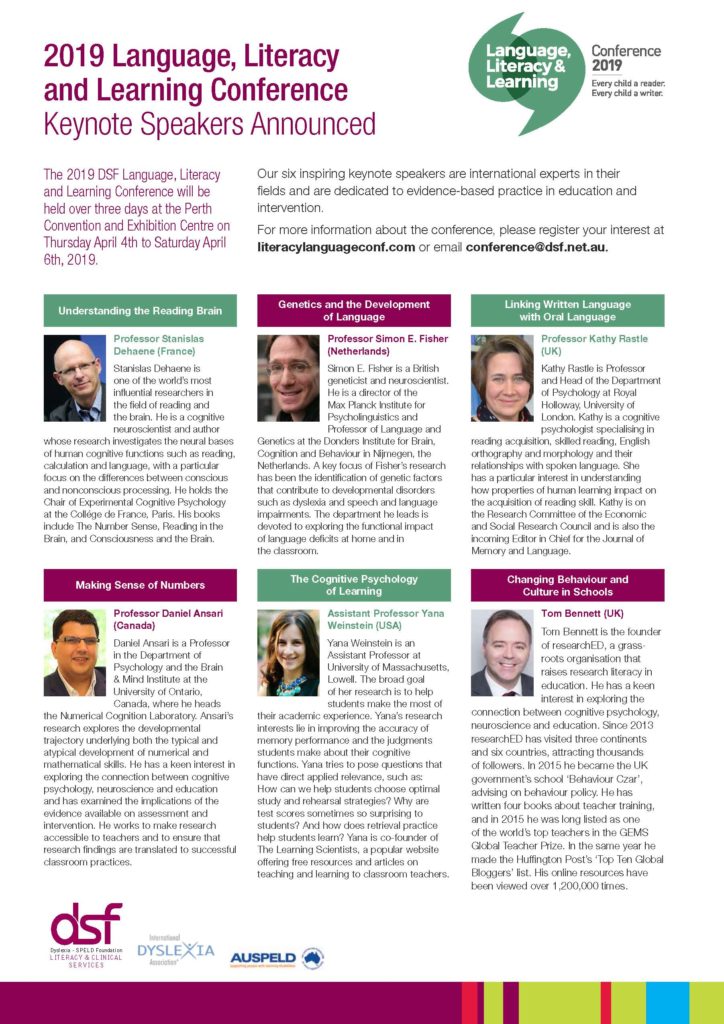 The Language, Literacy and Learning Conference will provide a wealth of information on the factors influencing the successful acquisition of skills in both language and literacy. This event has been made possible through the collaboration of AUSPELD, DSF Literacy Services and the International Dyslexia Association (IDA).

Please visit the conference website to find out more or to register to attend. Discounted registration fees are available to those who register early. In addition, all members of state SPELD organisations and IDA are entitled to an additional discount.

AUSPELD will be proud to welcome Neil Mackay to Australia for a series of entertaining and educational workshops in 2012.

Neil Mackay is an educational consultant and trainer who created the concept of Dyslexia Friendly Schools in the UK. He is an experienced teacher who has taught for 26 years, working with children of all ages with a wide range of needs and abilities. There will be workshops for teachers in Brisbane, Sydney, Melbourne, Adelaide and Perth as well as parent workshops in some cities (TBA).

Brisbane – May 28th and 29th (visit www.speld.org.au for further details)

Neil is known for his ability to bring the classroom into his training and for providing lively, entertaining and thought provoking opportunities for teachers and allied professionals to reflect on and develope their practice. He has written a number of books including the extremly popular Removing Dyslexia as a Barrier to Achievement and Taking the Hell out of Homework. Both books are available though AUSPELD, click here for info.

Jessica Watson recently became the youngest person to sail non-stop and unassisted around the world. She completed her voyage three days before her 17th birthday. Jessica’s mother has discussed the difficulties Jessica experienced as a result of her dyslexia and the motivation it gave her to take the risk of circumnavigating the globe solo.
Jessica was diagnosed with dyslexia early in her schooling. She struggled to learn the alphabet and found reading very difficult. At age 11, her mother Julie read Jessica Lionheart, which detailed Jesse Martin’s solo world voyage at the age of 18. Julie Watson said her daughter had not let herself be held back by her dyslexia, but that she does need to be careful not to confuse numbers when conveying the coordinates of her location. Jessica has not been limited by her learning difficulties and her mother believes her courageousness is related to having to overcome her weaknesses in reading and spelling. 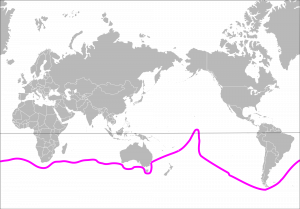 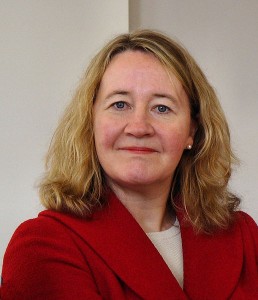 Dr. Carol W. Greider is a scientist at John Hopkins University in Baltimore, USA. She was awarded the 2009 Nobel Prize for Physiology or Medicine along with her colleagues Elizabeth Blackburn and Jack Szostak for their discovery that telomeres are protected from progressive shortening by the enzyme telomerase. This finding is important to our understanding of how chromosomes are affected by diseases including cancer.
As a child, Dr. Greider thought she was stupid because she couldn’t spell and had a lot of trouble at school. She learned to compensate by utilising her strong memorisation skills. She enjoyed biology and thinking in a scientific way. Dr. Greider attributes her success to finding a way to channel her problem-solving skills into scientific investigation. 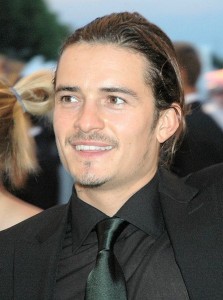 Orlando Bloom is an English actor famous for his roles in Lord of the Rings and Pirates of the Caribbean. He spoke about his experience of having Dyslexia at the Adam Katz Memorial Lecture in New York on June 2nd, 2010. Orlando recalled his early childhood as being full of anger at times, as he experienced great difficulty coping with schoolwork, despite having an underlying feeling that he was smart. He acknowledges his passion for performance and the creative arts as helping him “get through”.
Orlando’s dyslexia was identified when he was young and he states that the support he received from his family was critically important to the success he has had. Acting allowed him to put his mind to work in a different way to that which was required at school. Orlando noted that having dyslexia can seem like a big obstacle, but that it takes challenges for us “to learn, grow, be better”.